This guidance has been prepared by Callsafe Services Limited, on behalf of Foundations to provide an understanding of the issues and controls associated with Legionella for Home Improvement Agencies and other personnel involved in Home Adaptations.

Guidance on Legionella for Home Adaptations

Legionella is a ubiquitious bacterium, a naturally occurring organism widely found in nature. Most natural surface waters such as lakes contain Legionella and it can also be found in soil samples.

Most Legionnaires disease cases are sporadic and not attributed to specific systems, however cooling towers have been linked with several outbreaks. During normal course of operation, open evaporative cooling towers produce water droplets which can leave the tower as drift of windage and be spread over considerable distances by the wind. Within the drift, droplets reduce in size through evaporation, bringing some within the critical dimensions for inhalation mentioned above.

Legionella bacteria multiply most rapidly in warm conditions and any aerosol producing engineered water system operating at temperatures between 20C and 45C presents a potential risk.

The potential ‘ideal home’ of many bacteria, not just legionella, can be created in systems such as this if they are not maintained. Considerable advice regarding maintenance of hot and cold-water services is available and at the very least, those responsible for such systems must be aware of the Health and Safety Commission ACoP & Guidance, L8, The control of legionella bacteria in water systems.

Systems susceptible to colonisation by legionella and which incorporate a potential means for creating and disseminating water droplets should be identified and the risk they present should be assessed. Risks should be assessed not just for the routine operation or use of the system but also in relation to breakdown, abnormal operation, commissioning or unusual circumstances.

Droplets may be created in many ways, i.e. sprays, impact or evaporation, and these smaller particles may persist for extended periods or be carried on air currents.

Water temperatures between 20C and 45C and a nutrient source such as sludge, scale, rust, algae and other organic matter are ideal for the growth of legionella bacteria.

When assessing the risks and drawing up precautions particular attention should be paid to the population, the numbers and type of person at risk.

Sources of risk relevant to home adaptations include, but are not restricted to, hot and cold-water systems.

Once the risks have been identified and assessed attempt to avoid conditions which permit legionella to proliferate and to avoid creating aerosols. Where this is not reasonably practicable, the risk may be controlled by minimising the release of aerosols and by preventing conditions which permit proliferation. Legionella may be present in very low concentrations in many water systems but by careful control it can be prevented from multiplying.

In general, proliferation may be avoided by:

Home Improvement Agencies should consider the risk of legionella whenever modifying hot and cold-water systems. 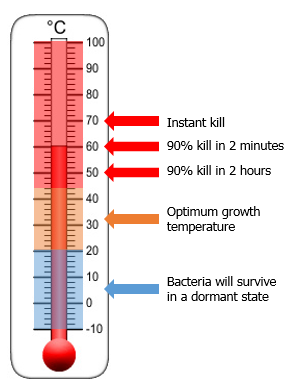 As engineered water systems have been identified as an area of potential risk, it is not surprising that legislation has been brought to bear to ensure that these systems are adequately and responsibly maintained.

People who fail to maintain such systems may be prosecuted under:

The Construction (Design and Management) Regulations 2015 also place duties on the Client, the Principal Designer and the Designer to consider all risks, including legionella, when designing new and amended water systems, and so far as is reasonably practicable eliminate or reduce those risks.

The Approved Code of Practice & Guidance L8 – The control of legionella bacteria in water systems – details responsibilities and the importance of accurate record keeping, and contains minimum maintenance standards for cooling towers and hot and cold-water services.

The ACoP is not a legal requirement in its own right, but failure to comply with any provision of the code may be taken by a court in criminal proceedings as proof that a person has contravened their legal obligations.

The regulations places responsibility on employers and others to perform a suitable and sufficient risk assessment of potential exposure to legionella bacteria from work activities and water systems within premises. The assessment is to be carried out by or for:

The person identified above must have access to competent assistance to assess the risks of exposure and the identification of adequate control measures. The assessment should:

The risk assessment should be reviewed if it is reasonable to assume that the assessment and findings are no longer valid, and periodically.

For Home Improvement Agencies this means that employees understand the risks of exposure to legionella bacteria from modifying hot and cold-water systems and can ensure that systems are designed to control those risks.

The design should seek to minimise the storage of cold water in order to avoid the dangers of stagnation and of unintended rises in water temperature, either of which will favour the multiplication of Legionella if the organism is present. Correspondingly, the storage of hot water should be limited to avoid the difficulties inherent in maintaining a consistent temperature throughout a large volume of water. Whenever hot or cold water is stored, the water system should be designed to achieve a high throughput in order to reduce further the opportunities for multiplication of Legionella.

Control of the water temperature in the system is essential. In domestic hot water systems the water should be stored at not less than 60C and distributed and delivered to the taps at not less than 50C. The delivery temperature from the taps may need to be lower than 50C to avoid scalding (this can be done by using thermostatically controlled taps). To ensure maintenance of these delivery temperatures, insulation of all parts of the system needs to be effective. The ability to control water temperature at these levels should be a firm design criterion for all new or upgraded hot water systems.

The control of water temperature is equally important in domestic cold-water systems. To achieve a sufficiently low temperature of below 20C it may be necessary to take steps to insulate the system to prevent heat gains from other sources. All water systems should be designed to facilitate cleaning.

When designing new or amended domestic water systems care should be taken to ensure that no “dead legs” are created that can provide a reservoir and growth area for legionella.

The HSE have developed checklists to assist the Responsible Person in auditing the arrangements. This is not a risk assessment in itself and does not provide guidance as how to achieve the necessary controls, but does audit the risk assessment process, management arrangements and system controls.

The checklists are divided in to 3 parts:

Checklists 1 and 3 are relevant to home adaptations. The questions posed in the checklists are answered either ‘yes’ or ‘no’, with the acceptable answer being ‘yes’. Some elements of the checklists will not apply to houses and bungalows, but the full checklist will apply to include flats and apartments which may have more complex water systems.

For further support with technical issues, contact our Regional Advisors 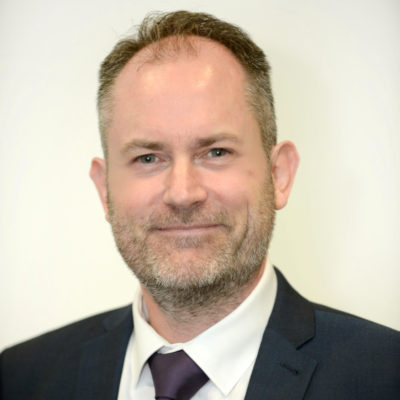