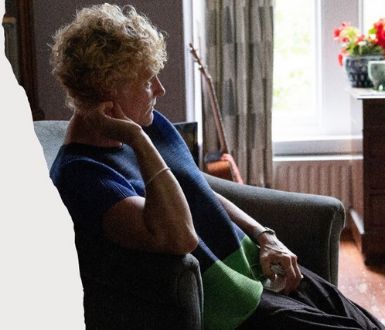 Two areas tested out new ways to help older people decide whether moving home would boost their independence, health and wellbeing – with thanks to Taylor Wimpey.

The projects were based on the ‘senior move manager’ approach that has helped to transform the image of downsizing in North America over the last 20 years.

It follows a survey by Foundations which shows a third of older people are put off from moving due to the perceived stress involved, and more than one in 10 (11%) would move if support were available.

In West Yorkshire, Calderdale Council employed a caseworker within its Accessible Homes Agency to offer advice to those thinking of moving home. It enabled the council to broaden its work to increase the supply of adapted homes.

WE Care Home Improvements, a home improvement agency covering four local authority areas in the West of England, launched an enhanced housing options service for those who either wanted to move or simply could no longer stay in their current property. It also introduced an innovative self-help tool designed to give people the information they need to decide whether to adapt their home or move on.

The pilots took forward a key recommendation from the Government-commissioned review of the Disabled Facilities Grant (DFG) to use the grant more flexibly. DFGs are largely used to pay for adaptations to help people stay in their homes but in cases where that’s not possible, resources can be used to support a move to a suitable property elsewhere.

Finding new ways to support potential downsizers is explored in a briefing paper by Foundations: ‘Housing Options, Downsizing, Move On Services’. It highlights the fact that the more choice and control older people can exercise, the better the outcomes in terms of health and wellbeing. It adds: “…conversely we do know that ‘forced’ moves, made because older people can no longer cope in their original home, tend not to have positive outcomes.”  England’s 200 home improvement agencies are ideally placed to provide that support because it’s a natural extension of their current work.

The report concludes: “There is a genuine opportunity to allow people to consider housing options unforced by a perceived or actual health crisis but based on their aspirations for a fulfilling life in the medium and long-term. There is no reason that people’s last house should be any less exciting than finding their first.”