Every year the Department for Levelling Up, Housing and Communities asks Housing Authorities to submit data on their DFG programme – the DELTA return.

Foundations support authorities to submit their returns and then carries out high level analysis of the data – publishing an annual snapshot of delivery.

This page now includes a range of interactive charts showing trends in delivery over the last few years. At the end of the page are our links to our reports from previous years.

The £573 million allocated for DFG in 2022-23 represents a 61% increase in
funding for home adaptations since 2015, and Government remains committed to helping older and disabled people to live as independently as possible in their own homes.

DFG is capital funding for the provision of home adaptations to help older and disabled people to live as independently and safely as possible in their homes. Where agreed locally (and in two-tier areas with the express agreement of district councils), a portion of the grant may also be used for wider social care capital projects.

This chart shows the breakdown of DFG by tenure. For comparison we have also included the national tenure split.

Most DFGs continue to be awarded to owner-occupiers. For tenants, there is a significant difference in the numbers receiving help in the private sector compared to those living in social housing.

Please note that this chart does not include any DFGs awarded to local authority tenants (i.e. those living in council housing). Although they are eligible for DFG, their adaptations are funded through the Housing Revenue Account and counted separately.

For most of the last decade the average cost of DFGs has stayed remarkably stable, with most grants awarded at less than £5,000.

Over the last couple of years, the value of grants has started to increase. This will be partly due to the Covid pandemic, but the figures from 2019/20 also seems to indicate a growing number of larger and more complex cases. We will watch these figures carefully to see if a trend emerges over the next couple of years.

The most common adaptations continue to be level access showers and stairlifts.

The maximum amount for a DFG is £30,000. Grants at this value typically fund home extensions to create a ground floor bedroom and shower room for a disabled person who can no longer get safely upstairs.

There is a downward trend in the number of these large adaptations being completed despite the increases in funding and the use of housing assistance policies.

Government has announced that it will consult on raising the maximum amount in 2022.

This chart represents the number of Occupational Therapists and Trusted Assessors being used to support DFG delivery in district councils. It shows that a growing number of trusted assessors are being used to assess less complex cases, in line with the guidance in Adaptations Without Delay.

The growth in the number of trusted assessors is a positive shift. This data however does not include OTs who are working at County Councils or unitary authorities. By only including the districts, this analysis does not consider if applicants have been assessed previously, nor if they are directly contacting the district council.

Prior to 2018 the return asked about the number of awards for people under 20, people between 20 and 60 and people over 60. Since 2018 the age ranges have been revised to show DFGs awarded to children under 18, people of working age and people over the state retirement age.

Consequently, the number of working age has been slightly inflated. Nevertheless, there continues to be a downward trend in the proportion of DFGs awarded to older people.

Given the ageing demographic, this is a trend that we will investigate further.

For the first time this year’s return asked local authorities how many DFGs were done for individuals from ethnic minority backgrounds. The majority of authorities do not record this data but are strongly encouraged to make suitable arrangements for future years.

106 out of 314 local authorities reported that they do monitor ethnicity. We looked at the population of these 106 authorities to see how the overall demographics compare.

28 of these authorities reported no DFGs being done for people from ethnic minority backgrounds. For these areas, on average 95% of the population is White British.

Local authorities are allowed to place a local land charge where a DFG exceeds £5,000. The amount of the land charge cannot exceed £10,000.

From the date of submission, local authorities have a maximum period of 6 months (130 working days) to approve or decline a valid application. All but 20 authorities meet this target, with an average of 37 working days. This has not changed despite the pandemic.

From the date of approval, adaptation works should be completed within 12 months (260 working days), with the good practice guidance recommending within 80 working days. The average in 2020/21 was 89 working days, up from 80 working days in 2019/20. 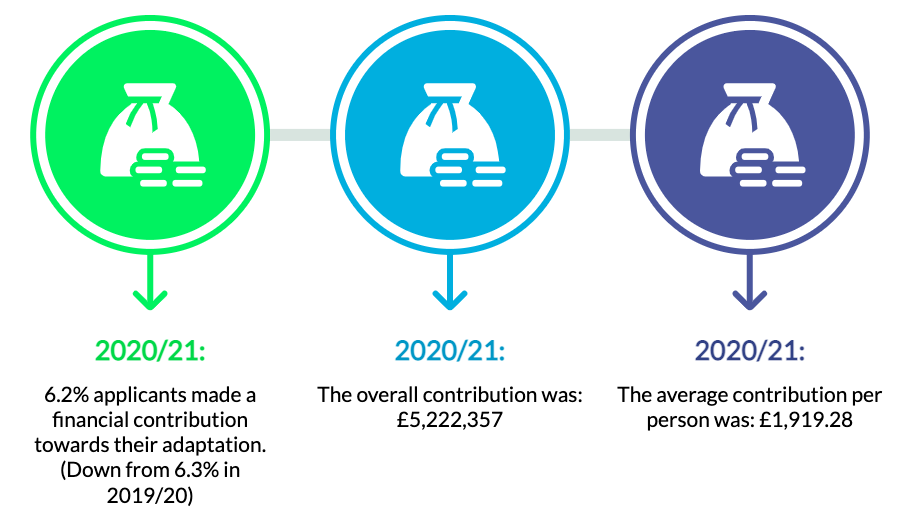 For anyone over the age of 18 the DFG is means tested. The test is based on the Housing Benefit calculation and compares actual income with an assumed figure based on the household composition.

Several local authorities no longer means test for some or all applicants as part of their Housing Assistance Policy.

Government has announced a consultation on revising the means test in 2022. 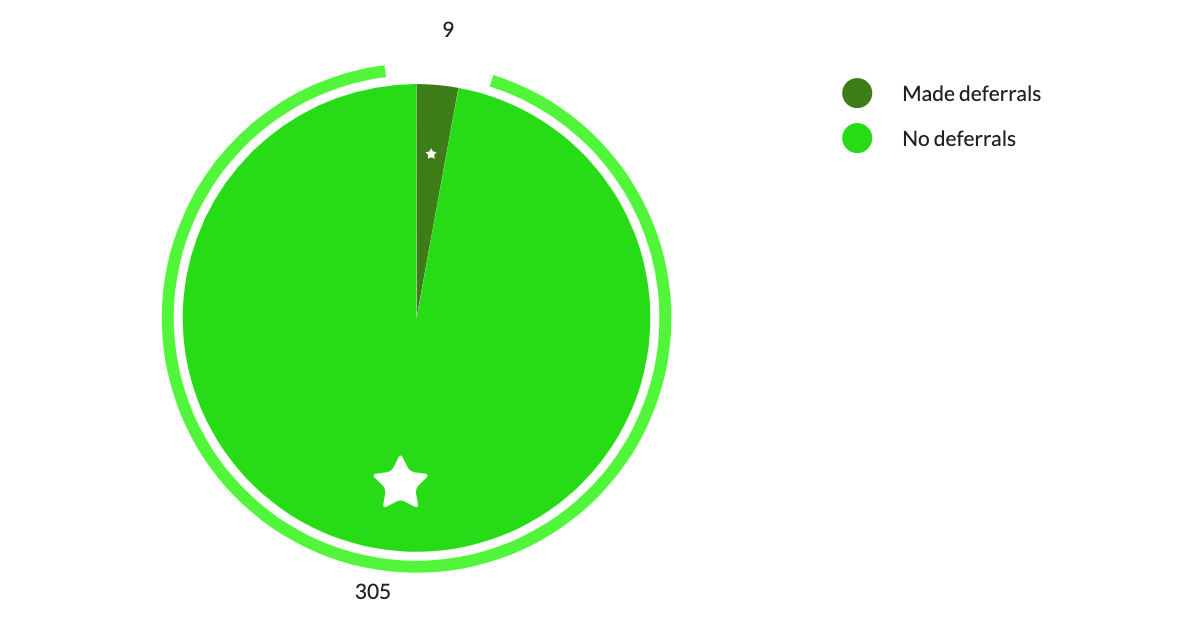 While a Local Authority must approve a valid application within 6 months, it does have the option to defer making a payment by up to 12 months from the date of application.

This usually only happens where a Local Authority has a fully committed budget and should only be used as a short-term measure.

These files may not be suitable for users of assistive technology and are in the following formats: .pdf. Request an accessible format.