Home Improvement Agency of the Year

Winning Foundations’ ‘Home Improvement Agency of the Year 2018’ is national recognition of the range of services the agency provides supporting a number of clients, particularly older and vulnerable residents who want to remain in their own home.

Across the Staying Put Agency services we look at ways to remove barriers and to change attitudes that restrict where a person is able to live and the life choices they are able to make. When barriers are removed, disabled and older people can be independent and equal in society, with choice and control over their own lives.

Part of what makes us different is our integration within Adult Social Care. We are an embedded council service that has built excellent working relationships with health and social care partners; this includes Occupational Therapy services, Public Health and a variety of Social Work teams.

Through a clarity of understand around what and how we deliver services; we have been able to build a smoother participant journey that allows us to get the right adaptations in place, at the right time and in the most cost efficient manner. This has been achieved through clearer certainty around financial and health related eligibility, increased awareness from partners around the services we provide and by taking a person centred approach to the support we deliver. An approach that involves individuals, families and carers being closely involved in the decision-making process and a focus on individual goals.

Another distinctive part of the Staying Put Agencies success comes from the development of a range of in-house complementary services. From delivering the Disabled Facilities Grant (DFG), offering handy person services through our MMAMs team and by providing Telecare and Assistive Technology support; we have been able to offer clients a varied portfolio of services in order to meet their needs and ensure we are delivering in a coordinated, holistic and cost effective way.

We are currently reviewing our offer in terms of design and its influence upon our client group’s decision making. Research has shown that delaying home adaptation use is partly down to their clinical appearance and negative associations with vulnerability. People don’t want to ‘medicalise’ their homes, delay installing adaptations until they reach crises point and instead adapt their behavior rather than adapting their home environment.

A review of our design offer and a consideration around inclusive design options could help change perceptions and result in the earlier adoption of home adaptations. We are also ensuring our engagement with clients encourages positive messaging; with an emphasis on independence, empowerment and freedom gained from home adaptations as opposed to mobility lost and disability. 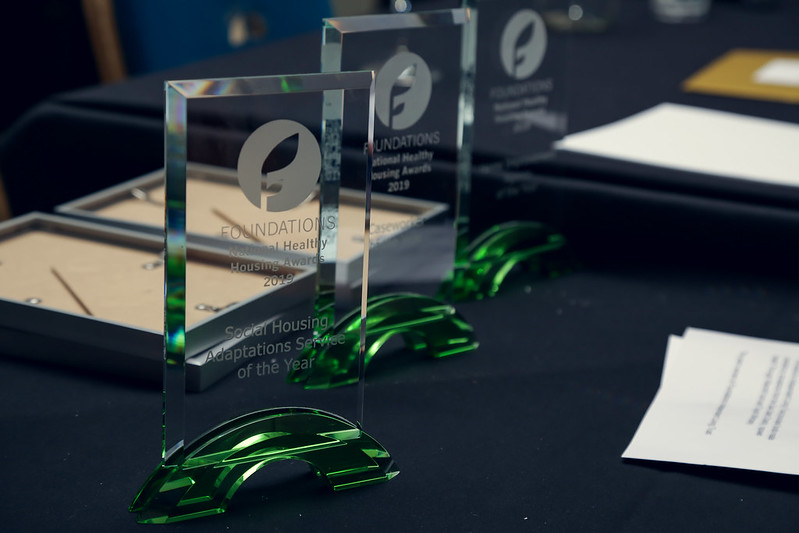 Since winning the award we have strengthened our hospital to home support. With a focus on the reduction of hospital admissions, we are part of a South Tees multi-disciplinary response that uses a risk stratification approach which encompass both health and social care. Our hospital-based Telecare and Support Officer is embedded within the hospital discharge service to support the hospital’s case management and social work teams and have become an essential part of the discharge planning process. As they are based in the hospital they can respond immediately; especially when there is a bed crisis.

Through using this early intervention approach we have been successful in preventing longer term admissions and in helping patients return to safe, secure environments. Our home adaptations and assistive technology monitoring interventions have resulted in a reduction in re-admissions, allowed individuals to sustain their independences across the long term; whilst proving a continuum of care that gives families and carers peace of mind.

The Gas Safe Charity Hardship funding we acquired through the Foundations Independent Living Trust (FILT) has proved to be very successful in making not only a big difference to the energy efficiency ratings of individual’s homes; but in greatly improving our clients health and wellbeing, many of whom had cold related health issues.

We recently received a referral regarding Mrs W from our hospital discharge team as she had been admitted in to hospital with a deteriorating cold related illness COPD*. After looking through her details it came to light that the reason things were getting worse was the lady would not put her heating on due to the high cost of running the boiler and its lack of efficiency. Due to the concerns we had over the overall heating system including the boiler and pipe work the agency used the gas safe initiative to highlight and repair all gas safety issues. Mrs W was on a low income and received pension credit guarantee and was unable to afford the repairs to the boiler therefore would go to bed every night early just so that she could be warm under various blankets and duvets.

At the time of visiting the client, it became apparent that, alongside Mrs W not turning the boiler on very frequently, the boiler had also not been serviced for quite some time which also fell under the umbrella of the gas safe initiative.

Through the Gas Safe funding we arranged for a Gas Safe registered Plumber to visit Mrs W and check the issues she was having as well as carry out a full service of the system.

After the problem was located, the required parts were ordered and then fitted by the plumber and the boiler was once again running at an A rating efficiency. We completed the job knowing that we have left the property safe and that the lady was able to heat her home without worrying about the high fuel costs.

The work carried out has contributed massively to the client’s health and wellbeing but also has made her home energy efficient once again thanks to the Gas Safe funding.